There are two types of Awards given out by the region for outstanding contribution of adult leaders and volunteers. They are the annual Asia Pacific Leadership Awards which are divided into three categories and the Region Appreciation Award which is given out once every three years during the Regional Conference.

Through the Asia Pacific Leadership Awards, the Region hopes to provide incentive and motivation for adults who:

Each year GGA seeks nominations from members for the Asia Pacific Leadership Awards. Applications on the AW.7 Application for Asia Pacific Leadership Award form should be forwarded to the Australian Awards Committee via the GGA National Office by the 1st September each year. Nominations require the signature of the Region Leader and State Commissioner.

Criteria for the awards can be found on the application form. 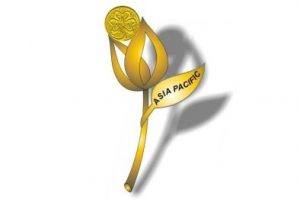 The Asia Pacific Region Appreciation Award is to honour individuals who have given outstanding service and contribution to the development of Girl Guiding Girl Scouting in the Region. The award is presented once every three years.

To recognize individuals who:

Nominee need not be a member of a WAGGGS Member Organization. Nominee must also fulfil at least three out of the following criteria: